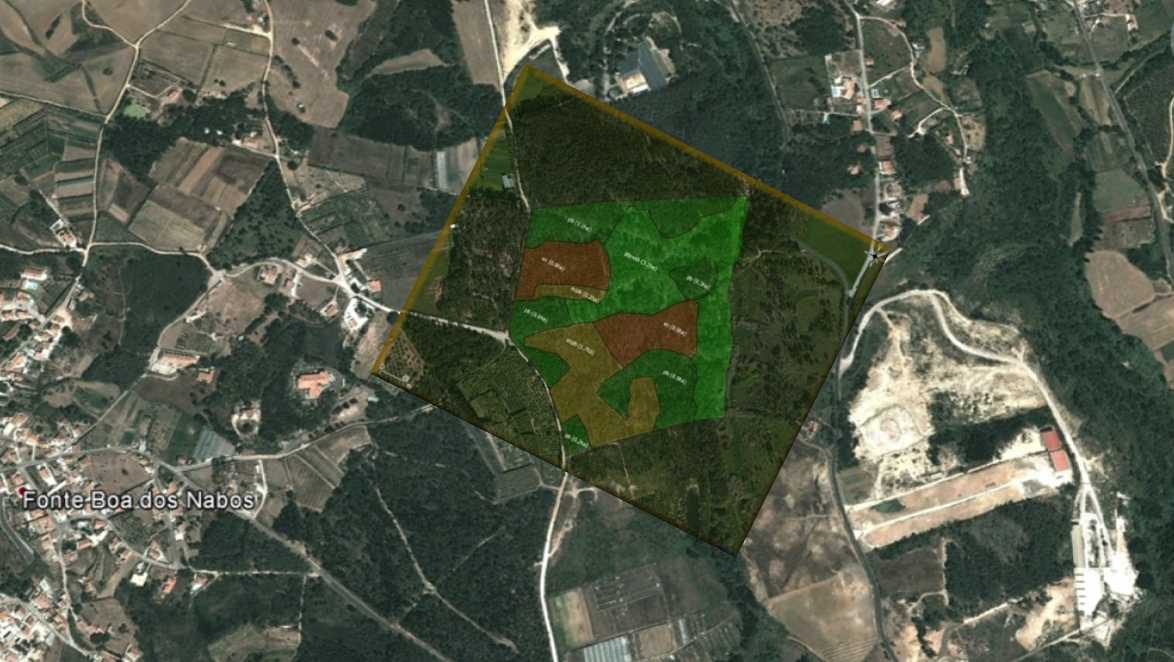 In the context of the project to establish a Buddhist Monastery in the property situated in Carrasqueira de Cima (Ericeira – Mafra) by the Trust “Buddhism Theravada Forest – Religious Community”, it is presented in this document a résumé of the current characterization of soil occupation and the result of a preliminary survey of the native and exotic species of the flora found on the land. It is also briefly introduced the key recommendations for the management objectives to be implemented in the future, which translate into the protection of the existing natural values​​, particularly through the conservation of native species in the area, the forest fire prevention and the promotion of biodiversity.

Characterization of the current soil occupation and floral inventory

The property has an approximate area of 10 hectares, currently presenting a predominant forest occupation. The existing forest is dominated by plantations of maritime pine (Pinus pinaster) and eucalyptus (Eucalyptus globulus), which in some areas are mixed with other hardwoods, mainly Portuguese oak (Quercus faginea) and Cork oak (Quercus suber). The spatial distribution of the forest occupation (with indication of the respective areas) can be seen in the following map Figure 1: 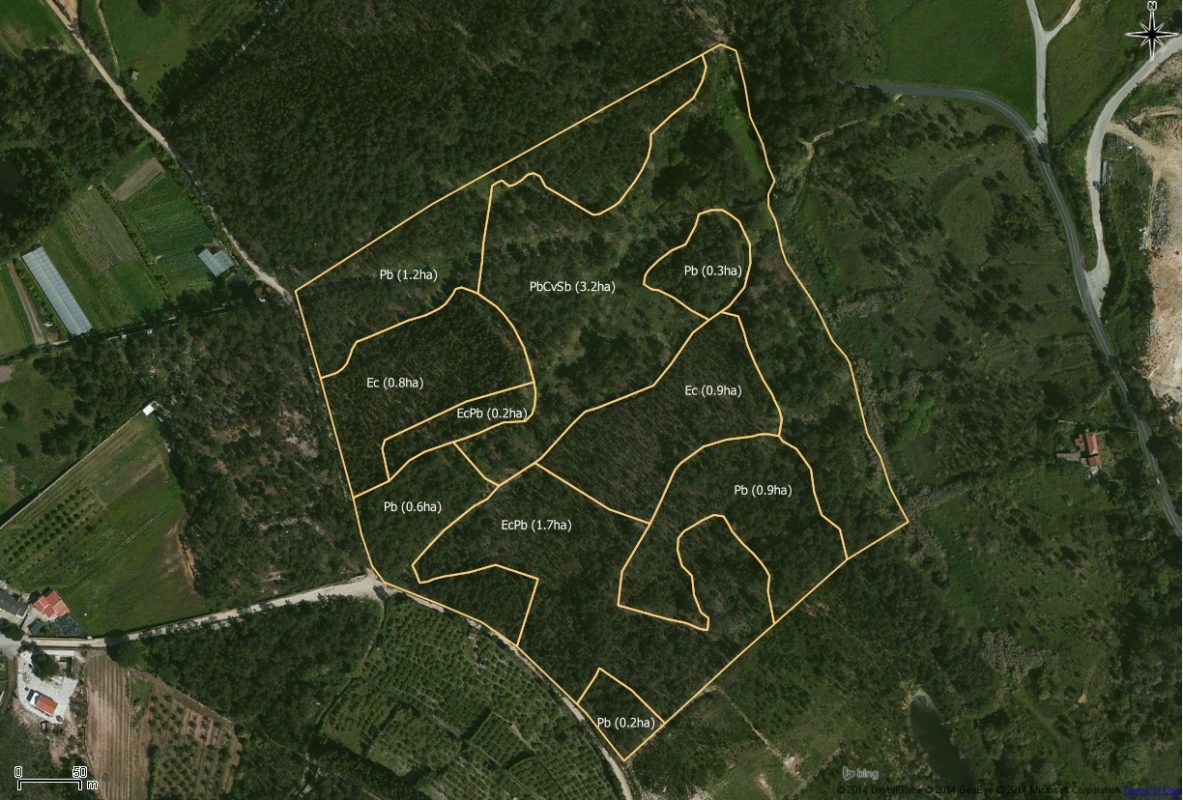 A preliminary survey of the existing flora on the property allowed the identification of 22 native/autochthonous species of trees and shrubs (10 tree species and 12 sub-tree and shrub species), plus four species of exotic trees, classified as invasive in Portugal (see examples in Figure 2). A detailed list of surveyed species in August 2014 is presented in Table 1. 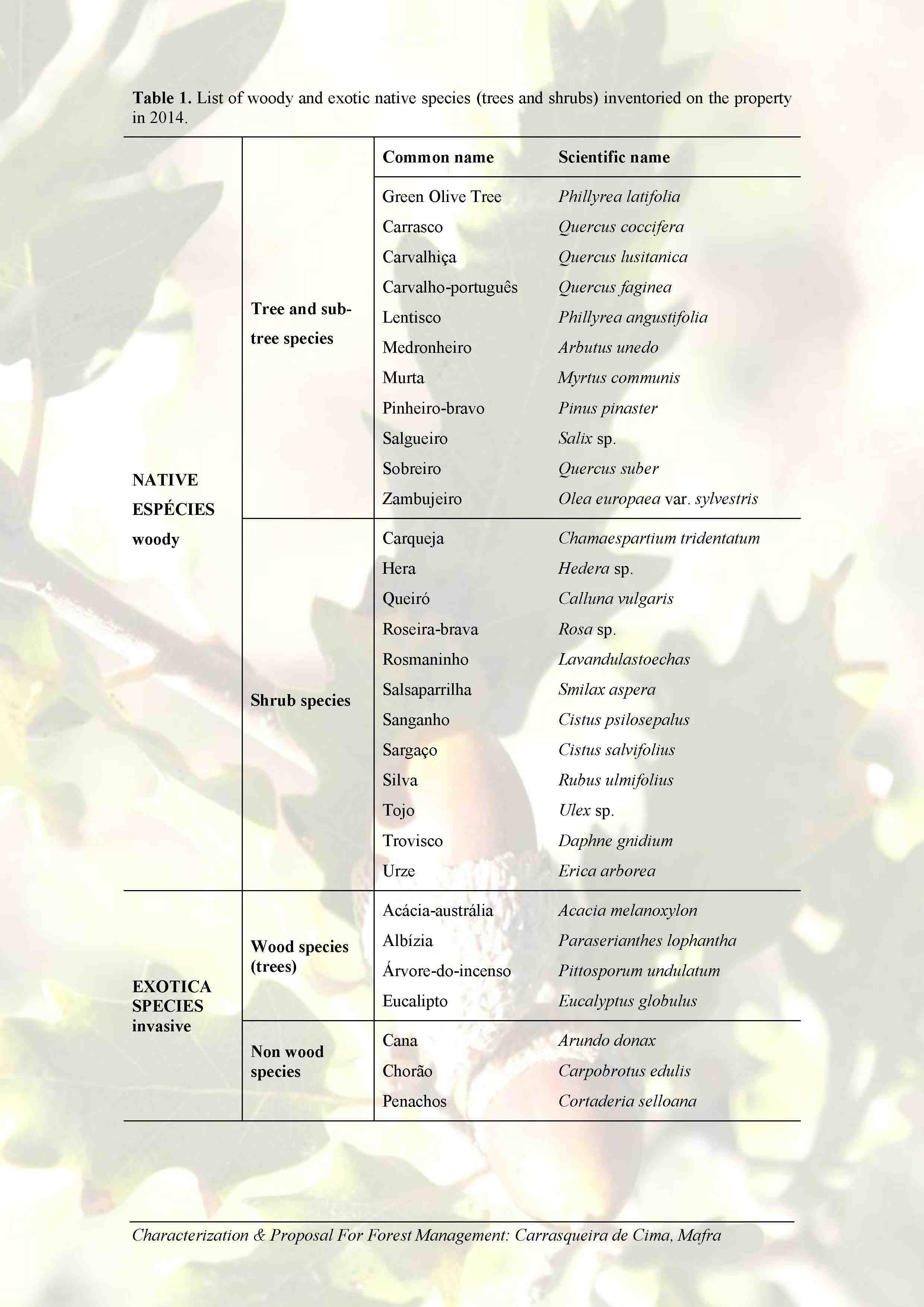 Table 1. List of native species, woody and exotic (trees and shrubs) inventoried on the property in 2014. 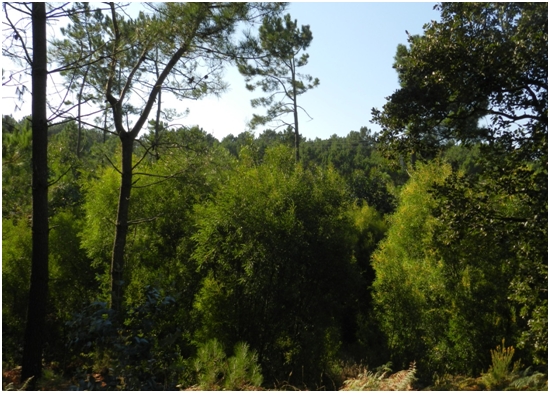 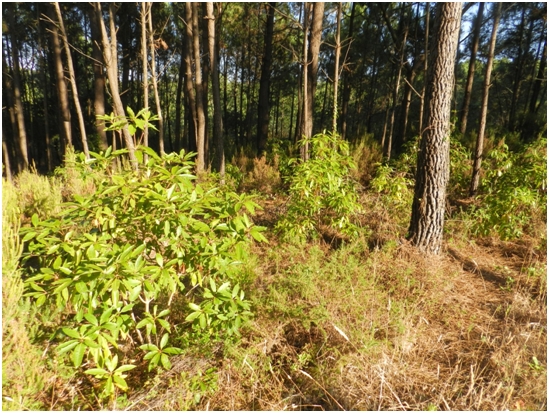 Summary of the objectives of forest management in property

In terms of forest management, and considering the objectives and philosophy of life of the Monastic Community, it is recommended that the land meets primarily, conservation objectives (soil, groundwater, biodiversity, etc.) and not forest production (wood, etc.). Thus, the main aim from the beginning should be to maintain and promote native vegetation, and simultaneously eliminate the existing exotic vegetation. This objective should be achieved with minimal impact on existing natural values, including promoting the natural regeneration of native species present (Figure 3) and avoiding most of Soil tillage, compaction and erosion. 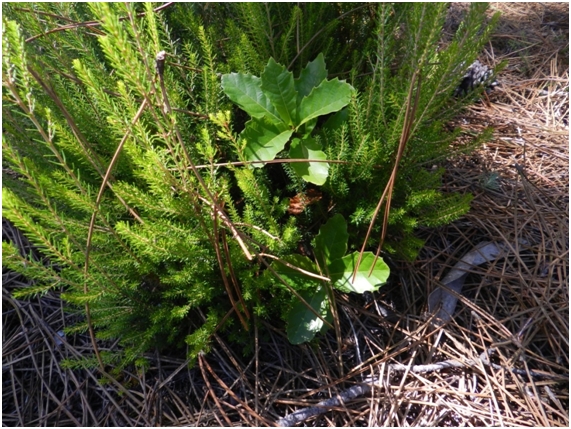 Fig. 3. The presence of an abundant natural regeneration of autochthonous species, on the property (pictured a Portuguese-oak, Quercus faginea) is a determinant factor for the success of actions to implement, with the intention to preserve and recover the native forest.

As regards to the exotic species, priority actions should be taken for the control and eradication of Acacia, Albizia and Tree-of-incense, which are considered particularly problematic invasive species. Also the full conversion of the eucalyptus ground (no uprooting of stumps to protect the soil). What is intended is that in the future all the property be occupied exclusively by indigenous species, except for a single copy of Bodhi Tree (Ficus religiosa) to be planted at the Eastern side of the Reception. This specie is not given as invasive in Europe.

Regarding the maritime pine, we recommend an initial clearing of several trees in the densest areas in order to foster the development of the remaining individuals (pine or hardwood) in their vicinity. It is also recommended regular monitoring of natural regeneration of pine, which is particularly abundant in some areas.

From medium to long term, the aim is to have in the property a mixed forest dominated by spontaneous native hardwoods of the region (Portuguese oak, cork oak, Quercus coccifera, wild olive, arbutus, willow, Green Olive Tree, etc.) possibly with the presence of some maritime-pines. The presence of a mixed forest dominated by these species of native hardwoods, with lower flammability/combustibility than the current predominant vegetation, is a primary factor to reduce the fire hazard on the property and the surrounding areas. In addition, a greater presence of these species will also contribute to increase carbon sequestration, protection/conservation of soils, aquifers, fauna and flora (biodiversity).

Next
Go to Top